You are here: Home / Articles / The Human Case for DEI&B

The Human Case for DEI&B 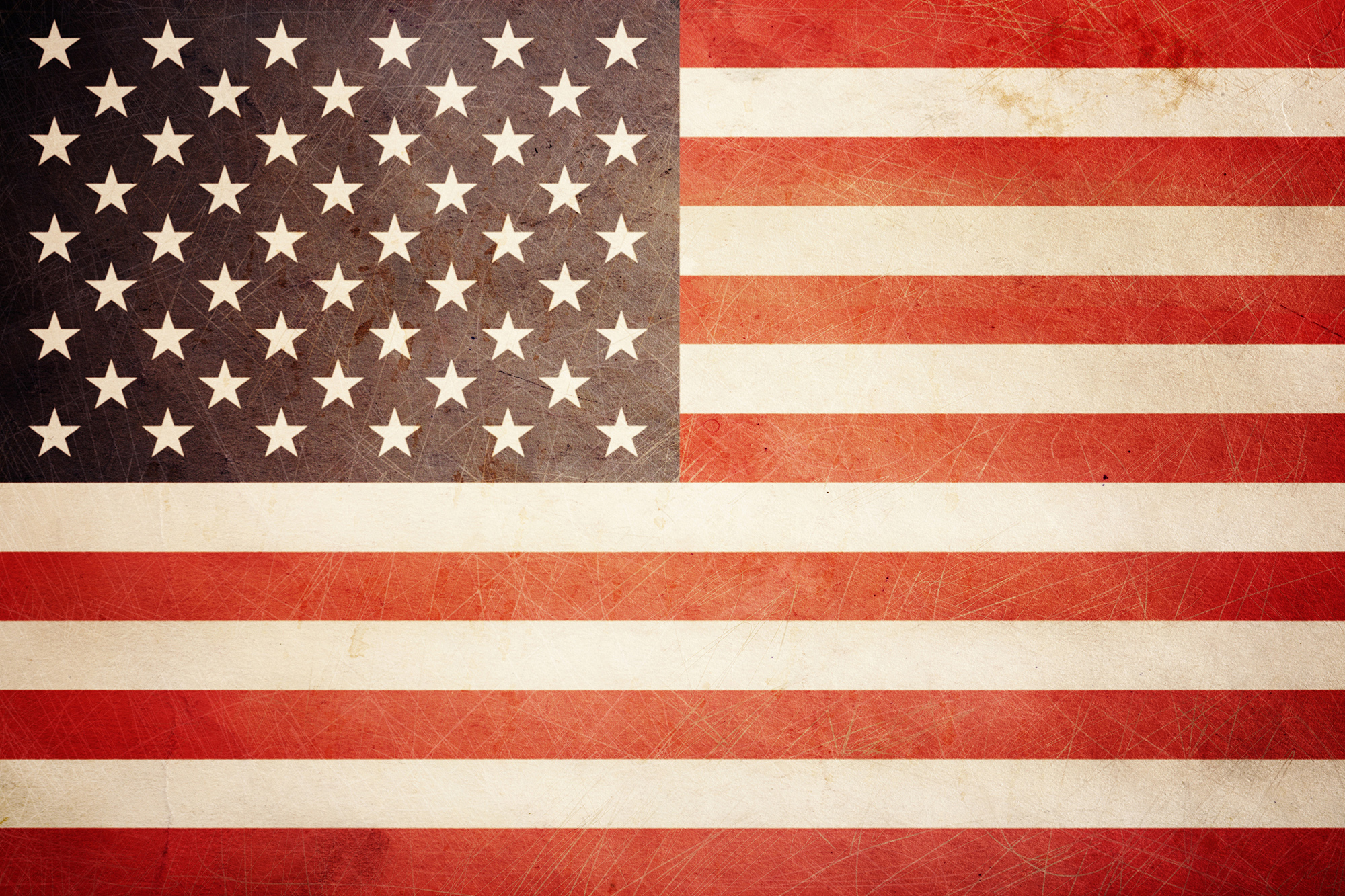 Today’s post comes to us from Dr. Jarik Conrad, vice president of human insights at UKG and executive director of The Workforce Institute.

As Americans prepare to celebrate Martin Luther King, Jr., Day on January 16, I have been reflecting on the fact that this year marks the 60th anniversary of the March on Washington, where Dr. King delivered his famous “I Have a Dream” speech to more than 250,000 attendees. Such a notable milestone begs the obvious question: How much progress have we made over the past 60 years?

In trying to answer this question, let’s address the two objectives of the mass nonviolent protest (it’s often overlooked that the official title was the March on Washington for Jobs and Freedom). Assessing the second objective first, freedom is still elusive. Blacks comprise 13% of the U.S. population, yet represent a staggering 38% of incarcerated citizens. But that is a blog for another day.

On the second objective, jobs, Blacks must still overcome significant barriers to reach equity in employment and income. Last year closed with a December unemployment rate of 2.9% for whites, compared with 5.3% for Blacks. In 1964, the figures were 4.6% and 9.6%, respectively. Lest you believe that a nearly double rate of disparity in employment has persisted for more than 60 years due to lack of effort, consider that at every level of education the gap is evident. At lower education levels, for example, Blacks with an associate degree have a higher rate of unemployment than whites who haven’t graduated high school.

The same unfortunate pattern holds true for wages, with Blacks earning less than their white counterparts at every level of educational attainment. Notably, a white high-school graduate earns more than a Black person with an associate degree. In other words, education has not been the “great equalizer.”

Despite the increased attention to diversity, inclusion, equity, and belonging (DEI&B) in corporate America, the higher the job level in an organization, the greater the disparity in attainment between Blacks and whites. Blacks represent a mere 5.9% of all chief executives in the U.S., including just over 1% of Fortune 500 CEOs, despite a recent study indicating that the market capitalization of companies with a Black chief executive increased within three days of the CEO announcement. The market reaction is a consequence of the fact that Black CEOs are appointed with more years of education, advanced degrees, and elite education than a comparable group of white CEOs. Merit matters, but it matters a whole lot more if you are Black.

The Business Case is Not Enough

The market reaction to the appointment of Black CEOs is just one of many examples arguing a strong business case for DEI&B. My friends at Great Place To Work have mounds of data indicating that the most successful companies prioritize and embrace DEI&B — in good times and bad. These data are compelling executives and investors to launch companywide diversity programs and double-down on their public relations messaging.

Researchers have found that 80% of Fortune 500 companies use some form of business case as the rationale for valuing DEI&B, compared with just 5% that use a fairness case, touting the importance of equity and equal opportunity. This may be a mistake. While the business case may resonate in the C-Suite, it doesn’t inspire Main Street. For Blacks to experience significantly more progress over the next 60 years than the past 60 years, it will require more than the business case for DEI&B. The fairness case does a better job at that.

Yet neither approach­ — the business case nor the fairness case­ — resonates with underrepresented job candidates as much as a neutral approach, which doesn’t provide a justification for why DEI&B is important in the same way that organizations don’t provide a detailed justification for why they value qualities such as trust, innovation, and integrity. The neutral approach recognizes the inherent value of all humans. Prioritizing DEI&B isn’t a tactical or strategic business decision like a merger or an acquisition. Human beings aren’t widgets. We aren’t new products or services. It’s the human case for DEI&B.

We Need Accountability in the C-Suite

Every successful business has become successful in a society where racial bias and discrimination are still persistent. While business leaders may not have caused these issues, they are part of a system that perpetuates them. The demographics in large corporations today are shaped by past and present racism and discrimination. Leaders must start to invest their time and energy into understanding these issues, if they genuinely care about their employees and customers. According to Harvard Business Review, a first step for leaders is to learn about how systems of privilege and oppression — racism, sexism, ethnocentrism, classism, heterosexism — operate in the wider culture.

Black people endured 246 years of torture and terror that robbed them of their physical and psychological freedoms and denied them the opportunity to attend school, learn, read, write, and think aloud. The business case to initiate and maintain slavery required the inhuman treatment. Blacks continued to be legally denied opportunities, including educational opportunities, because of their skin color for another 99 years, until 1964, when the landmark Civil Rights legislation was passed a year after the March on Washington for Jobs and Freedom. The business case then was to “go with the flow” and not anger many white employees, customers, and investors.

What is most shocking is that Black people still experience stark disparities in many aspects of their lives, including public education, housing, and financial services. Take the wealth gap, for instance. Black people owned one half of 1% of the national wealth in 1863 when the Emancipation Proclamation was issued, and today it’s just over 1.5%. Much of this gap can be traced back to decades of government-sanctioned redlining that made obtaining housing difficult for Blacks and severely diminished the worth of their people’s homes, especially post-WWII, when the G.I. Bill was used by millions of white veterans to purchase homes at low interest rates. The wealth disproportionately generated during this period was transferred intergenerationally.

Today, Black families are not only less likely to own a home, but, according to the Brookings Institution’s Hamilton Project, Black homeownership “yields lower levels of assets.” Among homeowners, Black families’ median home value is $150,000, compared with $230,000 for white families. According to the Federal Reserve, in 2019, the median net worth of white families was $188,200 — 7.8 times that of their Black peers, at a mere $24,100. This wealth gap causes other disparities, such as business ownership, which is heavily influenced by individual and family wealth.

The funding of publication education, meanwhile, is responsible for a talent pipeline gap. The wealthiest 10% of U.S. school districts spend nearly 10 times more in funding than the poorest 10%, with spending ratios of 3:1 common within states. “Stark differences in funding, teacher quality, curriculum, and class sizes” are in place, the Brookings Institution reported, yet “the prevailing view is that if students do not achieve it is their own fault.”

As for employment, Blacks are still judged by their skin color in hiring decisions. “Even among well-intended employers,” Harvard Business Review reported, “racial bias may lurk in hiring decisions. … Whether conscious or not, bias continues to affect decision making, and we find little evidence that this pattern will diminish.”

A Day in the Life

If employers are to become truly employee centric, they will have to address the brutal realities of many Black employees’ lives outside of work, as well as inside the company. When their employees leave work, they may drive home to communities that are neglected. They may pick up children from under-resourced and inadequate schools. They may be victim of humiliating and traumatic racial profiling while driving or shopping at a store. When they arrive at home, they may be paying a mortgage with a higher interest rate than charged their white counterparts with the same credit score.

The Government Can’t (and Shouldn’t) Do It Alone

Much of the public expects businesses to take an active role in addressing social issues, viewing the media and government as divisive forces in society. Business leaders have an outsized influence in daily life in America far beyond the products and services they deliver. They influence politicians through funding political campaigns. They shape and reshape the culture through messaging and advertising. From the sports and entertainment industry to food and beverage, they don’t merely respond to human behavior — they drive human behavior. These leaders must accept some accountability for DEI&B at work and in the society where their businesses have thrived. They must use their considerable influence to rectify cruel injustices that continue to marginalize Black people, tramping the ideals of Life, Liberty, and the Pursuit of Happiness.