You are here: Home / Articles / The Good News About Bad Bosses

The Good News About Bad Bosses 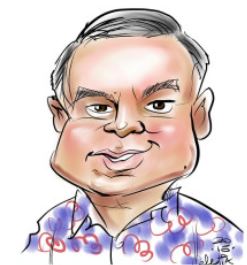 Today's post comes to us from Workforce Institute board member and Skeptical Guy, John Hollon. While poor leaders make lots of workers miserable, he wants to go on the record that there is good news about bad bosses.

Here's one thing I've learned about bad bosses: they're a never-ending source of headache, heartache, and angst.

They also drive a lot of research studies, including a global study we did in 2019 that indicated seven out of ten employees believe they could do a better job than their boss.

Bad bosses are on my mind because of a new survey, by the resume advice website ResumeLab, digging into the topic of those terrible people who "keep you up at 2 am and give a whole new meaning to Monday blues, not to mention sapping away your energy from a potentially very fulfilling role."

ResumeLab surveyed “over 1,000 Americans who had the misfortune of having to work under a terrible manager,” and asked a series of questions including:

The answers from the ResumeLab survey are interesting and instructive. Here's what they found:

How long did you work for a bad boss?

Why did you put up with a bad boss for so long?

What makes for a bad boss, you ask? According to ResumeLab, there are four things that employees identify as the absolute worst things they do:

What does it take to be a great manager?

Here's my take: I was thinking about this bad manager survey when I came across an old Harvard Business Review (HBR) post titled Why Good Managers Are So Rare.

It started out by citing research on employee engagement -- a Gallup study back in 2016 that said only 13 percent of workers were engaged -- but it also offered this smart advice on how to improve employee performance:

"The root of performance variability lies within human nature itself. Teams are composed of individuals with diverging needs related to morale, motivation, and clarity – all of which lead to varying degrees of performance. Nothing less than great managers can maximize them. But first, companies have to find those great managers."

This raises the question: Just what DOES it take to be a great manager? HBR lists these traits, identified by Gallup, as the hallmarks of a great manager:

My experience is that great management takes lots of hard work and frequent communication, but many managers and bosses don't even want to do that, much less tackle the tough challenges that separate real managers from the wannabes.

There is one upside though: the best thing about working for a bad boss is that you learn all the things YOU shouldn't do when you start managing people.

Yes, there's nothing like learning from a bad boss.