You are here: Home / Articles / Plan, Do, Check, Act: Could treating employees like adults be the answer?

Plan, Do, Check, Act: Could treating employees like adults be the answer? 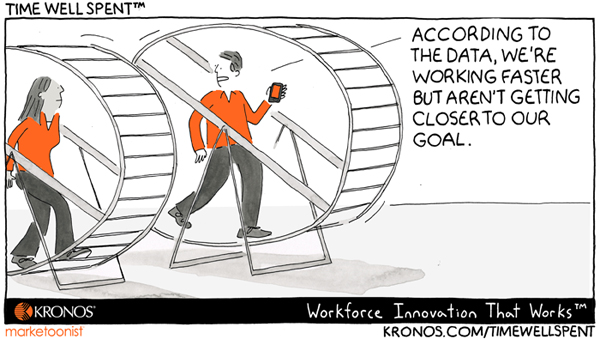 This post was contributed by Joyce Maroney, Executive Director of the Workforce Institute at Kronos.

What, you might ask, is the question?  Despite the tsunami of studies and opinion pieces written about strategies to improve employee experience and loyalty - and thereby productivity - it seems as though many organizations continue to hew to the philosophy of Frederick Taylor when it comes to management.  Taylor died over a century ago, but not before unleashing the principles of scientific management on the world.

Taylor developed his scientific management theories at a time when the production of goods was largely accomplished by workers who individually crafted their products.  Productivity and quality varied widely as a result.  Taylor's innovation was to break down production work into measurable steps, design scaleable efficiency into production processes, and hold workers accountable for achievement of measurable output goals.  Taylor wasn't anti-worker as much as he was pro-productivity.  A downside of this approach, though, is that as work and jobs became more specialized, individual workers had less insight about the products they were building and the customers for those products.

A counter movement to treating workers like interchangeable game pieces began in post-WWII Japan.  Dr. W. Edwards Deming, an American professor of statistics, was invited to Japan to give lectures on applying statistical methods in business.  Like Taylor, Deming sought to increase productivity by leveraging objective data to drive improvements.  Deming, though, believed the best results would come from using data to help front line employees and managers collaborate to drive continuous improvements.  His 4 PDCA principles (Plan, Do, Check, Act) became known as the Kaizen method in Japan, and spurred successive generations of management thought including TQM (total quality management) and LEAN Six Sigma.  In a nutshell, Deming believed that workers were adults whose insights were critical to continuously improving their organization's results.

Today, the amount of data available for improvement efforts is monumental and there is no shortage of business analytics solutions promising to help organizations use that data.  Yet, many organizations continue to struggle to meet their productivity goals.  It's not for lack of tools, but often because their people don't feel valued for what they can contribute at work.  A 2014 report from the Boston Consulting Group, reporting on a global survey of 200,000 workers, revealed that the top reason for happiness on the job was "appreciation for their work".

How hard is it to say thank you and show that appreciation?  In recent research we conducted of nearly 3,000 employees across eight nations, we found that 41% of respondents worldwide (47% in the US) were surprised by positive feedback on their most recent performance review.  I wonder how many of those folks had a foot out the door because they didn't believe their efforts were making an impact.

In this research, we also found that many organizations undermine their employees' experience in a variety of ways with antiquated attitudes about time off, productivity, and workload that make it challenging for employees to negotiate basic work-life demands, potentially leading them to burnout - and out the door to better opportunities.  Many of the issues our respondents cited could be rolled up under the theme of the consequences of managing employees like potentially naughty children vs. responsible adults who (mostly) come to work planning to do a good job.

More of our findings are listed below - many of which point to environments in which trust between workers and their managers isn't as strong as it could be.  How many of these are issues in your organization?