You are here: Home / Articles / Battle of the Interns: The Competitive Fire Burns in the Next Generation Workforce

Battle of the Interns: The Competitive Fire Burns in the Next Generation Workforce 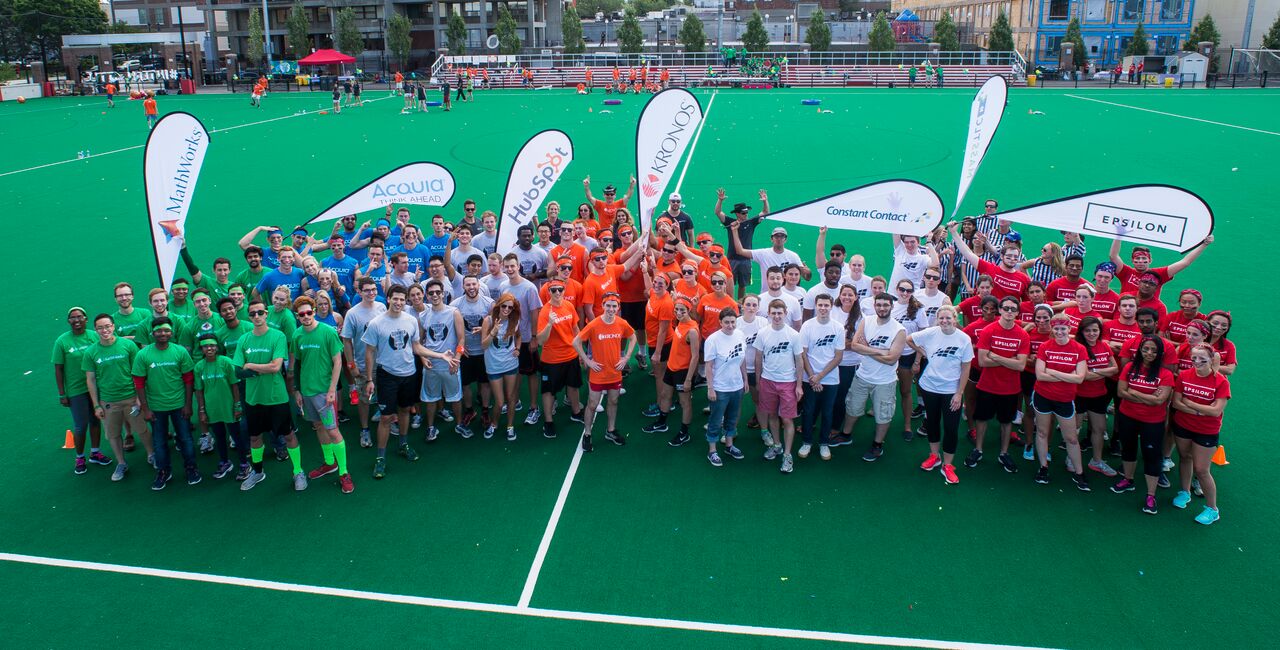 Today's guest blog is courtesy of Kelly Dynan, a Kronos intern from Marist College who worked with the Corporate Communications team this summer.

Since 2013, Kronos has hosted its own an internal Intern Kronolympics event at the conclusion of the summer internship program. This year, we took the event to new heights by inviting five other leading Greater Boston technology companies to compete in the inaugural Summer Games: Battle of the Interns. We also teamed up with the Mass Technology Leadership Council (MassTLC), who provided referees, scorekeepers, and a master of ceremonies for the day's events, which featured challenges designed to test the brains and brawn of 90-plus interns over a series of team competitions.

Despite Boston pulling out of the 2024 Olympics bid, you'll see from Kelly's post that the spirit of competition is alive and well with the next generation workforce…

July 22, 2015. 12pm. Tryouts. All of the Kronos summer interns gathered around the green space outside of the cafeteria. Kerri and Nicole, the heads of the intern program, explained the rules of the obstacle course that stood between us and becoming a member the elite Kronos Summer Games team.

With almost half of Kronos' 80-plus summer interns vying for the 15 available roster spots, the competition was fierce. We were forced to race down a stretch of grass via crab walk, answer a trivia question about the company, and then move on to a water balloon toss in rapid succession. The whole event was timed, with seconds added on if you missed a water balloon bucket or incorrectly answered the trivia question. Although I was horrid at the water balloon toss, my main time was enough to grant me the 15th spot on the team.

Talking to my friends outside of this internship, they were shocked that Kronos was taking this so seriously. (READ: "You actually had tryouts?!?!") However, it wasn't surprising to me. In fact, I was expecting it. Kronos as a company is high-performing, innovative, and ambitious, and the interns are no different.

August 6, 2015. 1pm. The day of the competition was here. The Kronos team was decked out in our orange shirts, orange bandanas, and eye black. We sized up our competition from the other competing companies: Acquia, Constant Contact, Epsilon, HubSpot, and MathWorks.

Six Greater Boston tech companies matched the talents of their interns against each other in a competitive day of brains and brawn.

The first event was an obstacle course; consisting of a hula hoop pass, pony hop, and hot lava. The hula hoop pass went easily, and the pony hop was hilarious to watch - see for yourself in the highlight video. The trickiest challenge, however, was the hot lava game - where each team of 15 was given nine 10-inch _stones' to get their entire team across the 25-yard long _hot lava' without touching the turf. Our team went with a unique strategy, having everyone pair up in piggyback formation to move across the dots (And although we weren't the fastest team, we definitely looked the coolest). All in all, we finished fourth after the first round.

Knowing that we needed to step up our game up, we regrouped and headed into the water balloon and corn hole tosses with fresh mindsets.  96 completed tosses later, we stormed into the lead and were one of four squads to make it to the semi-final round.

For the semi-finals, we had to do a unique word unscramble . In front of each team was a ball pit of approximately 300 balls, with some of the balls containing letters. The MC provided a clue over the PA system for the word (or words) we were supposed to spell. The horn blew and the competition began as the four remaining teams sprinted to their ball pits. While searching for all the balls with letters on them, we also had to figure out the answer to the question as the MC provided increasingly easier clues.  What seemed like a pretty easy task turned out to be quite complicated for Team Kronos. Due to a simple lack of communication, we did not finish in time to advance to the finals (we couldn't find one of the Ls needed to spell the answer: Kendall Square).

For the finals, Acquia and Epsilon battled it out in a tug-of-war competition, with Acquia taking home the gold in a best-of-three challenge. The event organizers tried to make it interesting after the first pull by asking the anchor on the Acquia team a trivia question that would have eliminated him from the competition - but he answered the question correctly and was allowed to compete in the second tug-of-war game, which Acquia swept 2-0.

As much as I hate losing, I can only have a sense of accomplishment after surviving the first Battle of the Interns. And of course our team learned a valuable lesson about just how important proper communications is at a successful company like Kronos.

In the end it was a great day filled with competition, fun, and networking. This event was the perfect way to end my time here at Kronos.