You are here: Home / Articles / A Time for Guardian Values

A Time for Guardian Values 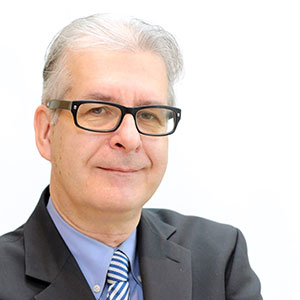 Today's post is submitted by our board member David Creelman. David is the CEO of Creelman Research and a widely respected authority on HR analytics. Here he talks about how the COVID-19 pandemic is causing a shift to Guardian values in many organizations.

In business, we have a set of ethical principles that author Jane Jacobs describes as the “Commerce Syndrome” (syndrome just meaning a set of elements, not a disease). She contrasts this with the “Guardian Syndrome” which is what we find in an organization like the police. This is discussed in her 1992 book Systems of Survival.

Jacob's concepts are interesting in a time of global crisis because we are seeing a shift from emphasizing Commerce values to emphasizing Guardian values. You may well feel some of the tension of this shift in values yourself. What's nice is that Jacobs has mapped out some ideas around the source of this tension.

At the risk of massively simplifying Jacobs' ideas, I'd suggest that Commerce values envision a world of largely friendly competition where the goal is for everyone to make a buck. We happily switch to an opposing team (another company) if it's a better way to make a buck and no one minds.

Guardian values, such as you find in the police and medical professionals, envision a world of threats. The role of the Guardian is to protect the public against those threats. It's a serious role and Guardians have a special code of honor towards other Guardians that is different than their code of behavior towards the general public.

Making sense of these two systems

The reason I bring an (almost) 30-year-old book to your attention is that I think, in this time of crisis, we are seeing a shift in values that you may have found puzzling. Puzzling in the sense that you can't quite put your finger on what has changed. Jacob's theory provides one way to grasp it.

Imagine if a couple of weeks ago your CEO said they'd found a way to dramatically increase profits due to the opportunity to charge much higher prices for your products. That would have been seen as great. Today, such an announcement would be seen as abhorrent, especially if the product was a medical one. Profit is beloved in the Commercial world and shunned in the Guardian world.

Consider too the matter of obedience. In the Commercial world, obedience has little importance. Yes, you do what your boss tells you, but it's simply a quid pro quo, “you pay me, I do what you say”. In today's world where Guardian values are ascendant, obedience can be a moral imperative.

What it means to your organization

I'd suggest that it's a good idea to be consciously aware of the shift in values and try to align the organizational values to the new world. Values like duty, loyalty, fortitude, and obedience should be emphasized. Making money, the former raison d'être of business, should be de-emphasized.

While values will shift again when the crisis ends, be ready for a lingering attachment to Guardian values. People in countries that have faced the worst might have a permanent change in their world view. We may rediscover in ourselves values that felt old-fashioned when we were living in a world free from threat. Today those values are modern again.