You are here: Home / Articles / A Super Bowl Like No Other 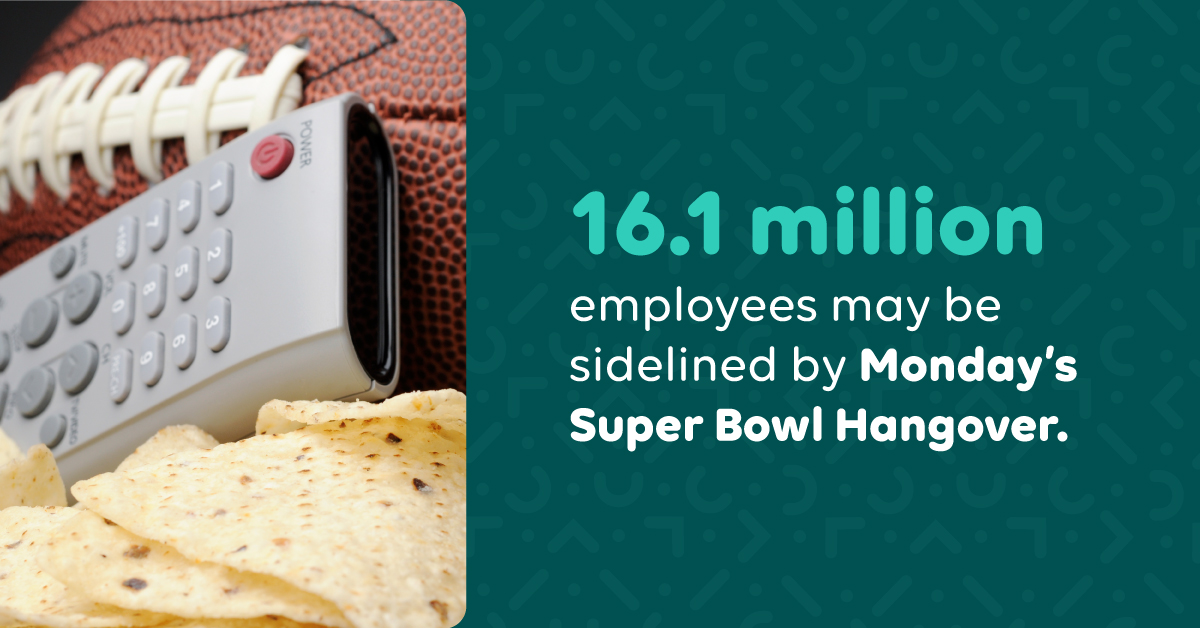 Today's post comes to us from the executive director of The Workforce Institute, Dr. Chris Mullen, Ph.D., SHRM-SCP, SPHR.

This coming Sunday's 2021 Super Bowl, like so much of life these days, is going to be unlike anything we've ever experienced. Played in a stadium filled only to about one third it's capacity and largely by vaccinated healthcare workers, it's another example of those annual events we think of as permanent and inevitable that this Pandemic has shown us are anything but.

I, for one, am glad that the show will go on in some capacity. I'm a lifelong Eagles fan, so don't have strong feelings about the Brady/Mahomes showdown, but I know I'll enjoy watching the game and the ads that accompany it each year which will also, understandably, look quite different from past years.

Another Super Bowl tradition we are keeping alive this year is our annual Workforce Institute Super Bowl survey about how many people are planning to be absent from work the day after The Super Bowl. This is a survey that we have run periodically since The Workforce Institute was formed in 2007 (it actually started two years before that by Kronos). This survey was always meant to be a fun way (speculating about how many people would overdo it on wings and frosty beverages and decide to call into work the next day) to elevate an important issue: unplanned absenteeism.

While some unplanned absences - when an employer isn't given advance notice that an employee will be out - are unavoidable (real sick days, many personal days), they can be much more disruptive and costly to organizations than planned absences, so the idea is to avoid them when possible. This means making sure that employees feel comfortable taking time off when they want to or need to, and there's a lot organizations can do to foster this: open communication between managers and employees, a clear time off policy, and creating a culture where employees feel empowered and encouraged to take care of their own mental and physical health before anything else.

So, what did this year's survey show?

When it comes to the issue of unplanned absenteeism:

New this year (and hopefully for this year only!), we looked at the issue of dangers around getting together to watch the game in person during a pandemic:

Bottom line? I'd encourage employers to take this week to communicate openly and honestly with employees about their Super Bowl plans. Let your employees know that you recognize how hard they have been working and what a stressful time this has been for everyone. If they want to take Monday off, help them make that happen if at all possible. Encourage them to join the majority of folks from our survey who plan to celebrate safely - at home with their household or outdoors in a socially-distanced way with friends. Most importantly, make sure they know they can be honest with you about what they actually do, so that you can ensure that risky behavior off the clock will not put coworkers, customers, or communities at risk when they're back on the clock.

Will you plan to take the Monday after the Super Bowl off? What do you think employers should do to encourage transparency with employees when it comes to taking time off? Tell us about it in the comments section.